Drawing a yak sounds simple, but some steps help you draw a yak in some simple steps. In this tutorial, we are learning how to draw a yak for kids.

In this tutorial, we will show you step by step drawing of a yak for kindergarten. Especially this tutorial is for kids and beginners.

The yak is a long-haired bovine, or cow-like animal, found throughout the Himalayan region of south Central Asia, including Pakistan’s Kashmir region, China’s Tibet region and as far north as Mongolia. In Gilgit-Baltistan, it is the unofficial territory animal of the region.

Most Yaks are domestic, which means they live on farms run by people. There are a few wild Yak but they aren’t many left and are in danger of extinction. There may be as few as 100 Yak left in thewild. Wild male Yaks stand about 2–2.2 meters tall at the shoulder, the females about 1 metre.

Domestic Yaks are shorter, between 1 and 2 metres for both males and females. All Yaks have long, thick hair to keep them warm in the cold places they live. Wild yaks can be black or brown. Some domestic yaks are white. All kinds of yaks have horns.

Yaks are herd animals. This means they live in groups called herds. Yaks are herbivores, they don’t eat meat. The oldest yaks can live up to 25 years.

Steps To Draw A Yak

Although its texture is close to that of Tomme de Savoie, a semi-firm cow cheese from France, the taste of this yak cheese is unique: It’s slightly tangy, with a grassy flavour.

Follow the steps below to easily draw a yak step by step.

We are starting by drawing a rectangle like a shape for drawing the yak’s head as like below in the image. ( Roughly )

Now, draw the yak’s body, draw a big curved line for the back body of the yak, draw according to it. ( Roughly )

Now, draw (letter U) like shape for the face of the yak, and draw zig-zag lines for the lower part of the yak’s hair as shown in the drawing below. ( Fairly )

Similarly, now again draw zig-zag lines for the upper part of yak’s head and covered with hair, now draw the back body of the yak as in the same step(Step 2) as shown in the image below. ( Fairly )

Similarly, now draw a straight line for drawing the legs and curve it for the hoof of the yak, now repeat the same steps to draw the rest of the legs, draw as shown in the drawing below. ( Fairly )

Similarly, now draw the two horns of the yak in the top of the head as in the drawing, and again draw two ears below the horn as shown in the drawing below. ( Fairly )

Similarly, now erase the rough lines which we have drawn in earlier steps (Step 1 & 2).

Then, now draw some zig-zag lines inside the body to see more hair(Fur) and looks more attractive as shown in the image below.

Lastly, now for the easy part of drawing the yak, draw a small oval or circle for the staring and cute eyes, and draw two small circles for the nose nostrils of the yak and draw a line in the top the nose, draw as in the drawing below. After this, we goona colour our cute yak in the next step.

After the drawing of the cute yak is completed we move forward with colouring the yak. For colouring, we had chosen some basic colours. You can fill colour according to our wish too.

After colouring, we get a cute yak. You can use a pencil colour(We made it digital). Alternatively, you even can change colours while colouring.

Finally, we draw a cute yak and colour it beautifully. I hope you find our tutorial easy.

This is how you can draw a yak for beginners easily with a stepwise tutorial for kids. Comment below if you find our tutorial helpful and suggest “NAME” if you have any requests or you have any problems while drawing it. 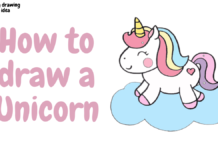 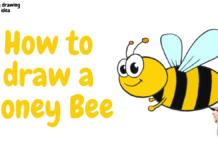 How to Draw a Mango Step by Step Tutorial for Kids

How to Draw an Arctic Fox for Kids

How to Draw a Swan Step by Step for Kids

rosesaw - December 5, 2022 0
A unicorn is a legendary creature that has been described since antiquity as a beast with a single large, pointed, spiraling horn projecting from its forehead. Here in this tutorial, learn... 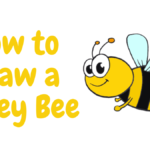 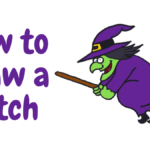 rosesaw - December 5, 2022 0
A witch also known as a sorcerer or warlock, is a person especially women with the power to effect change by magical means aka...

How to Draw a Frog Step by Step for Kids

How to Draw Krishna Easy Step by Step

How To Draw A Spiderman Mask Step By Step For Kids